The kettle boiled for the second time in the leafy camp site, steam rising also from the cast iron crock pot of more than 3 dozen rustic piping hot Lincolnshire sausages… It seemed only right to avoid glances across at the piglet pen at this point. 10 rowdy Redleg rednecks turned up earlier than expected, carrying the usual hangover haze and colourful tales from the night before. Between tea, coffee and breakfast, anglers could be seen pacing the banks and getting as excited as school kids for the peg draw of what marked the 6th annual Rick Paton Memorial Match.

Big G – Gary Cox called time at 10.00am sharp, to a response of rods being cast and loose feed raining the surface, as always Jim Smith’s splash was the loudest. The day also marked Jim’s Birthday who was sat pride of place in the highly desired Ricks Peg (Peg 12)  – Jim had the first fish of the match on the bank  – a big beautiful Orange Carp, definitely a good start to the day and well deserved!

Alas Gary Emmerson from Gladwin’s was quick to make a mark on his lake debut and was clearly connected to something very big… minutes later we all heard a huge crack as his rod broke… a cruel introduction to the lake from resident culprit Oscar the Giant Carp! Gary retackled quickly and was soon catching fish at a good pace.

Moments later a second crack broke the silence! Troopy had also had a visit from Oscar leaving his tackle and heart broken. A sobering reminder to all of what continues to lurk and terrorise from below the surface of what appears like a tranquil Gelder lake. A quick browse of the latest Snap On Catalogue, a spam sandwich and spirits were raised and Troopy continued his angling master class.

Phil Middleton had forgot to put the Peg 2 counter in his back pocket this year and ended up having to draw like everyone else and settled at the opposite end of the lake on Peg 14. This didn’t stop him making a grand entrance and he was leading the Match comfortably with a mix of Carp and other quality net fish from the off.

It was lake regular Paul Banton’s first match, he’d settled into Peg 15 well after making key strategic preparations upon arrival and was wisely targeting the very fishy looking reed lined margin to his left. Steve Wain had drawn the Jungle swim Peg 5 and luckily had packed his machete, which was a good job! A few renditions of Guns and Roses – Welcome to the Jungle and he was settled in.  Steve worked hard and kept a steady flurry of Silver fish coming. Unfortunately, poor Steve didn’t realise that the Jungle peg came with a free Blaydsey ! A few lucky mis-casts and Blaydsey managed to tempt some of Steves carp to the net 😊 Big G took Peg 1 and was perched lovely on the new platform made especially for the occasion and before long was netting some of the new Carp and beautiful Crucians. Dave Wass approached the Match from Peg 4 with the tried and tested tactics he’s renowned for and was swinging fish at such speed we were worried that his clicker wouldn’t go up to numbers high enough at this rate!

Andy Wright drew Peg 9 – a quiet corner of the lake heavily reed lined with a deep margin and opted for pellet waggler tactics. This proved to be a good choice with a hard fighting Carp being tempted within the first 5 minutes.

The match finished quieter than it started with no further tackle breakages suffered. After a rather hot and humid morning although every person had caught plenty of fish we were all about ready for an ice cold bottle from the cool box.

Dave Wass was crowned King for the Day (again!) and won the match with 12lb 10oz. Although the catch included a 3lb + Ghost Carp, the rest of the bag was based upon a very respectable amount of small silver fish, Silver Orfe and some beautiful Rudd. Dave’s tactics are really showing what can be achieved during hard conditions, and the consistent results he’s amassing each year really are proof is in the pudding. This was Dave’s second consecutive win of the prestigious event and well deserved. Dave went on to win the legendary Jane Blaydes Lemon Drizzle cake and a box of beer very kindly donated by The Paton Family for the Match Winner!

The ever-consistent Phil Middleton swooped in with second place, with another respectable bag of hard earnt silver and hard fighting colourful Carp for 7lb 8oz. Phil came second at last year’s event also, the results are speaking from themselves.

With some help from Steve Wains fish, Blaydsey battled on and secured third place with 6lb 130z.

The Rick Paton memorial Match made in excess of £100.00p Charity Money (exact amount details to follow as we continue to receive kind donations).

Especial thanks to the Xeric Team for helping prepare the grounds ready for Match Day, Jane and John Blaydes for providing the Cake Raffle again. All the Gelder Staff, Gary Emerson and Paul Banton who helped clear reeds and weed and the Gelder Staff and the Paton Family who walked the Lake and provided great support on the day. Without this support our annual Commemoration for Rick Paton would not have been possible.

We hope to see you all next year! 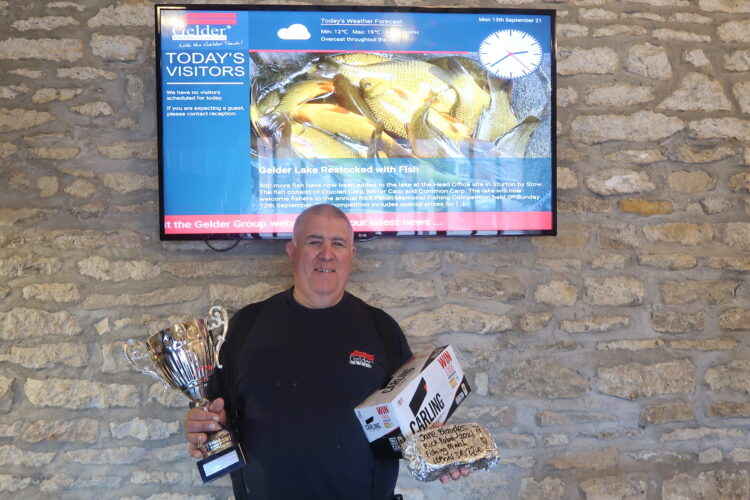 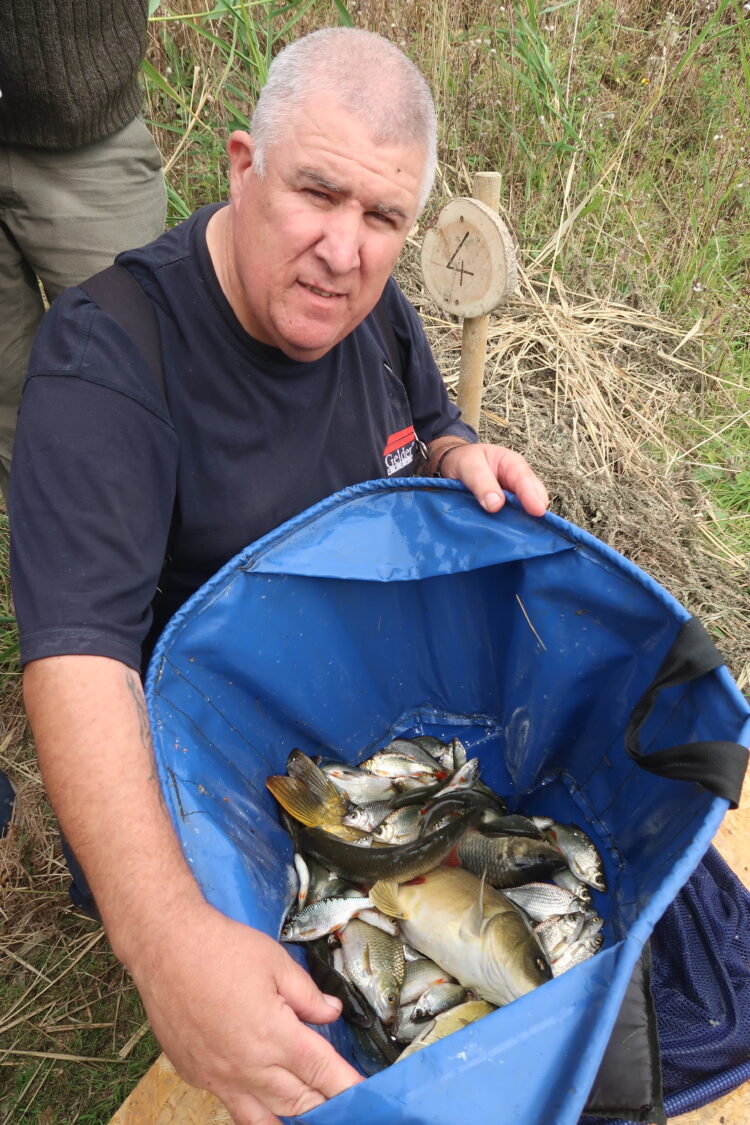