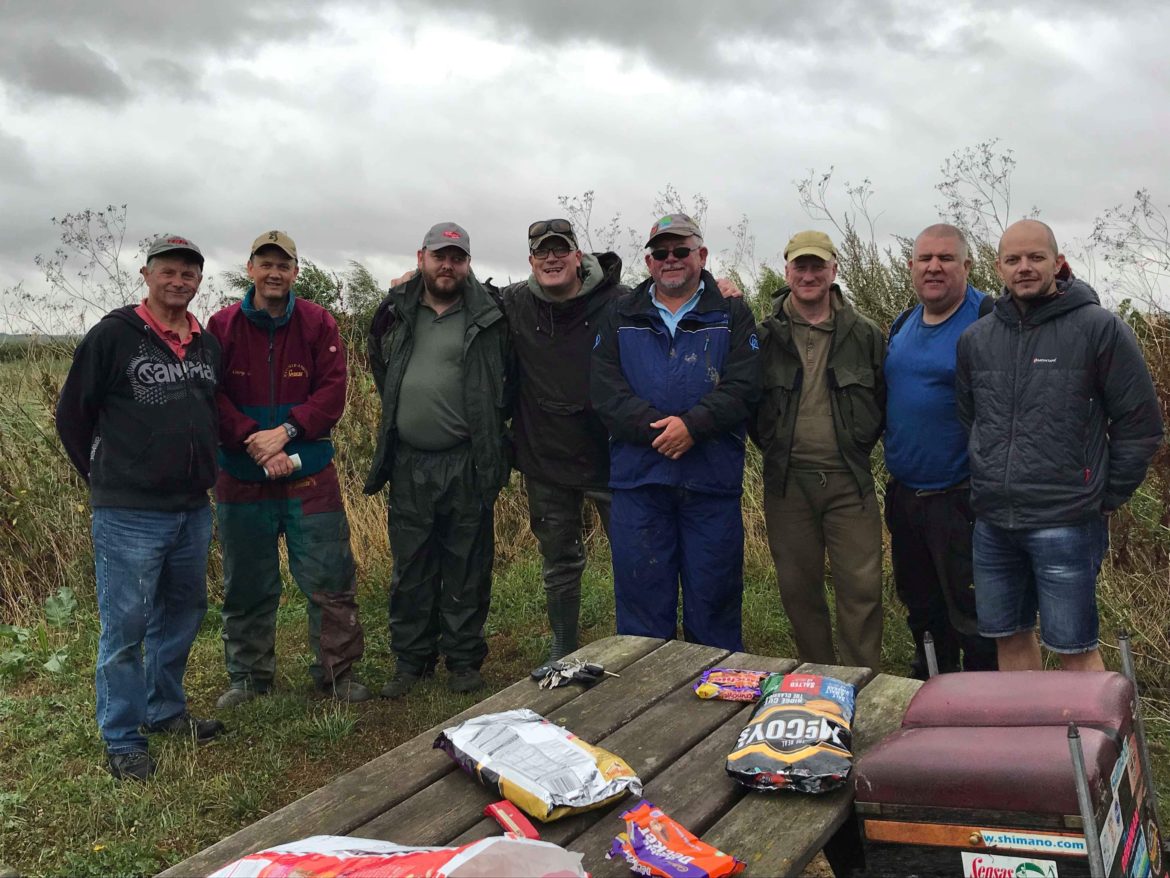 Even though the south wind howled and the rain lashed down; eight excitable men still turned out in high spirits, some had even come home from the pub early Saturday night ready for the big day!

The usual banter ensued as I (Simon Blaydes) commented on the horizontal rain, Phil Middleton kindly reassured me that I didn’t need to worry about the rain as drips don’t get wet! Thanks Phil. The pegs were drawn at random, Dave Troop unbelievably pulling the magical peg 12 ‘’Ricks Peg’’ for the second year running.

By 9.50am time was called and the sky was a blur of hi visibility floats, feeders, pole rigs and catapulted sweetcorn. The match was fairly steady with the weather making presentation challenging! The lads in the sheltered corners got their heads down and were keeping a steady stream of fish coming.

The match results are as follows :

Interestingly, the match was won last year by Phil Middleton from the same peg 2! £40.00 was raised on the day for our chosen charity, The Brain Tumour Charity.

Especial thanks to Dawn Peel for providing the snack goody bag of treats that kept us all going nicely throughout the match. Also Dave Stainton, John Dennis and Keith Brazier for helping prepare the grounds and lake for the charity event. 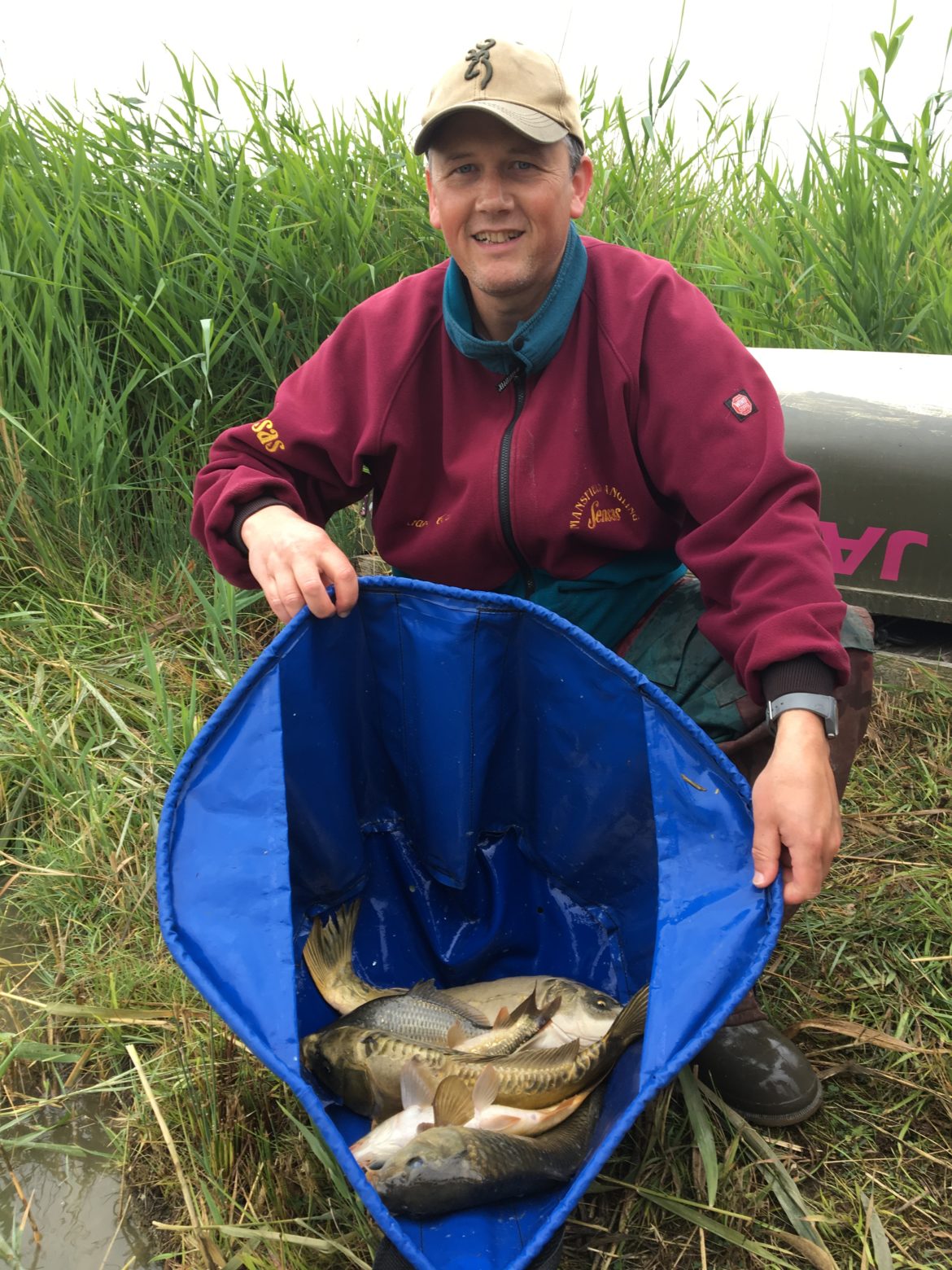