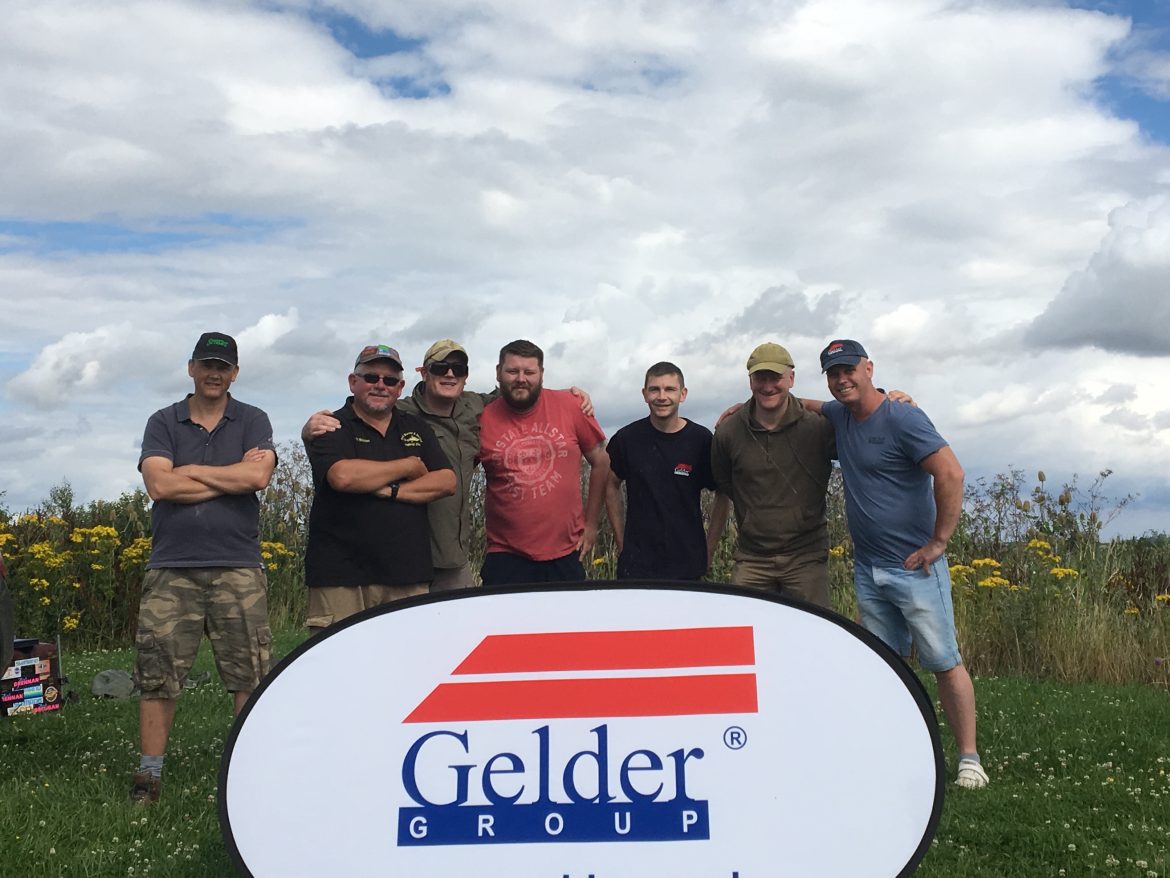 Eight enthusiastic fishermen turned out to commemorate the annual Rick Paton Memorial Charity Match and help raise funds for The Brain Tumour Charity. All of the anglers prepared weeks in advance of the competition, with many using new tackle that was purchased for the special day. Dave Troop (Garage Workshop Foreman and defending champion) had been heard sharpening his hooks on the Garage angle grinder. Gary Cox (Insurance Surveyor) had nearly worn out the grass doing circuits of the lake, locating where the carp were, and his fishing rigs had been critically balanced and custom built to perfection. Oscar (the resident monster carp) was in an especially bad mood as he doesn’t like match day and confirmed his threat to break tackle at all opportunities during a pre-match interview. Dawn Peel (PA to Steve Gelder) blessed us with luxury as per usual serving hot tea and bacon butties as the sun tried to burn through a cloudy Sturton by Stow. The 8.30am draw was exciting with plenty of banter; Dave Troop drawing the best peg (Rick’s peg) to a resounding roar and a barrage of insults and claims of match fixing from Group members!

The Match started well with bent rods and splashes being heard all around the lake. The 2016 match champion Dave Troop had the landing net out 5 times in the first 20minutes  – the “Gelder Group Bagging Machine” showing his deadly consistency yet again. Gary remaining patient setting his stall out for Oscar (a brave man for sure), whilst keeping a steady stream of silver fish coming to the net. Splashes could be heard coming from Jason and son Jack Tindall’s peg all day showing that their preparations and match plan was working well.

Andy “The Carp” Carpenter (Site Manager) turned up fashionably late with a few heads dropping as last year’s third place champion walked to his peg like a boss. Andy soon made up for lost time, locating the Ide from the off, quickly surpassing some anglers catches (the one on peg 8) after only a few casts!

Meanwhile Mr Middleton (Senior Surveyor), aka Phil ‘’THE POWER’’, or just ‘’THE POWER’’, was quietly beavering away with a nice rhythm, putting the net out regularly and building a nice weight, a few one way tickets were hooked but not landed… Perhaps it was that pesky Oscar up to his old tricks again?

The effervescent Jim Smith, ever solid with his support for the Group, drawing the magic number peg 3. Jim kept the fish coming with various tactics and bait selection.

Simon Blaydes (Design Coordinator) was off to a flyer on peg 8, but failed to finish how he started, peaking too soon.

Mr and Mrs Paton gave us all a welcome visit , gifting a bottle of Champagne for the smallest weight of fish on the day. The message on the bottle being ‘’Better Luck next time’’. This was very much appreciated.

After a 5 hour match it was all over, the results are as follows: 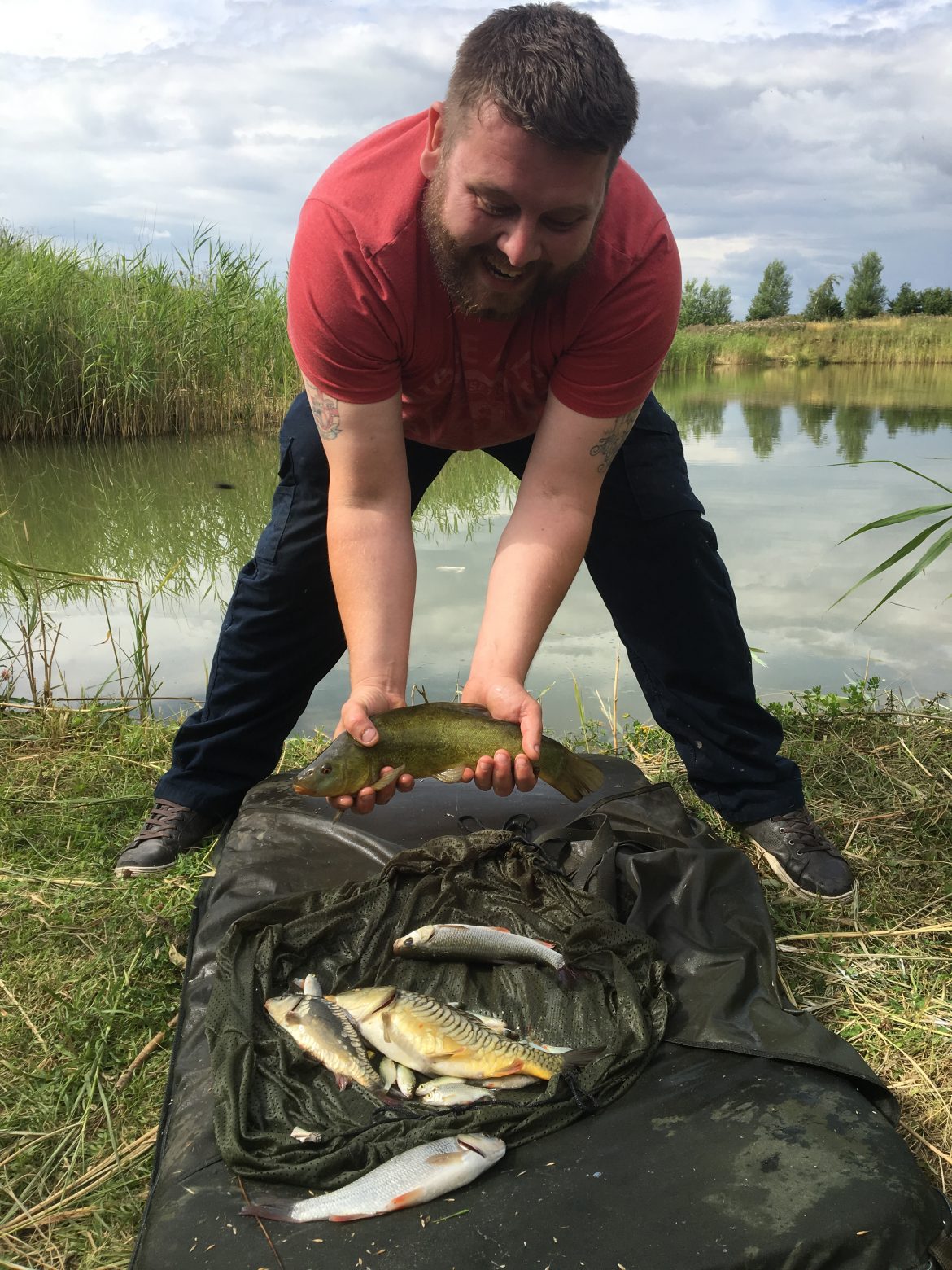 The Gelder Rod and all round dab hand galvanising his reputation with yet another placing on the podium. A 4lb.06.5 oz mixed bag of tench, carp and silver fish. 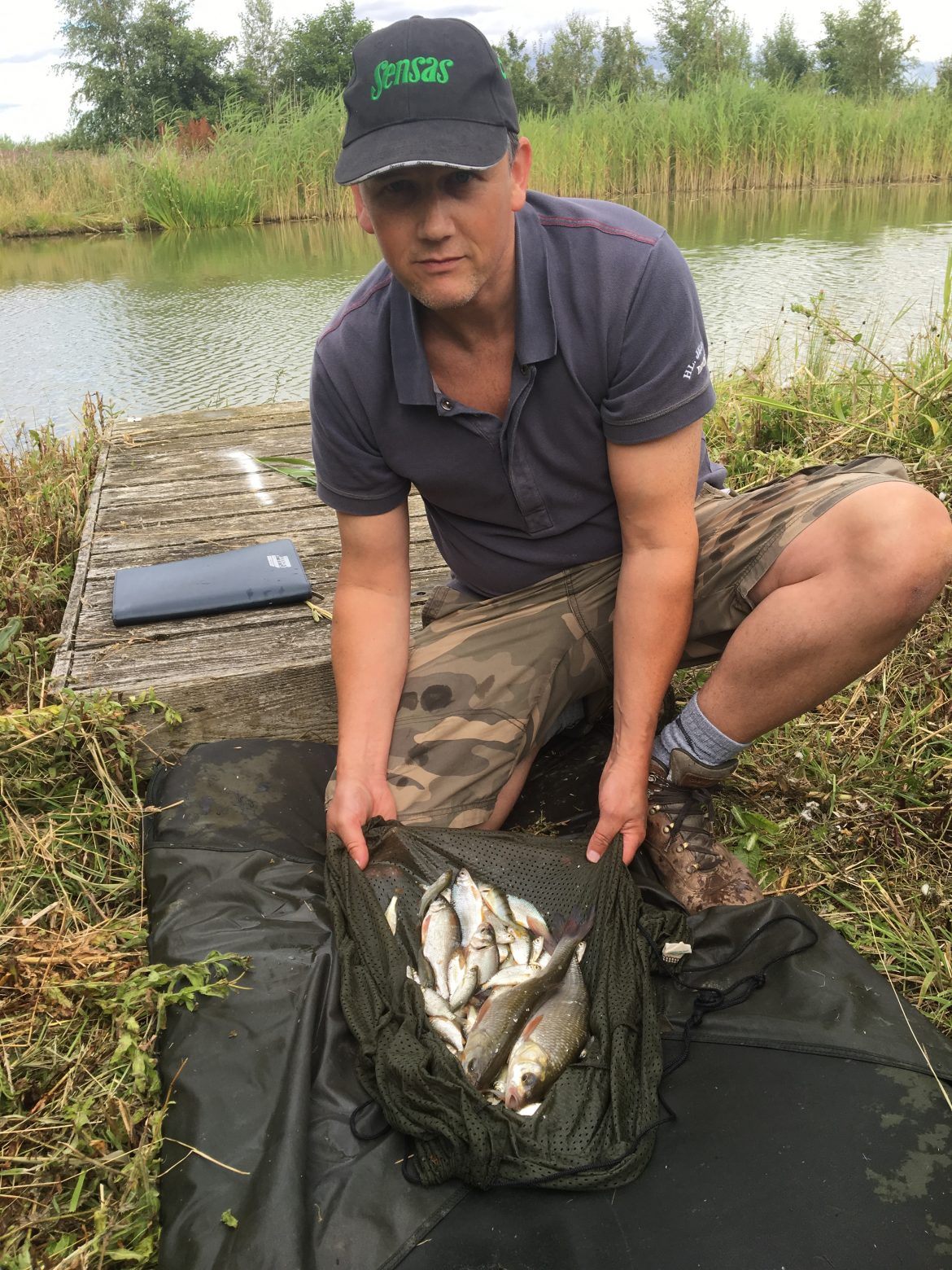 Gary Cox with his impressive catch.

The Surveyor from the North West being no stranger to the podium also;  pulling off a result from one of the lakes most difficult pegs. He made a patient match plan to catch Oscar and was rewarded with a younger brother of the Lake Big Guy at just over 4lb in weight. Coupled with a respectful back up weight of Silver fish 6lb 13.5oz  was enough to secure a very well deserved second place. 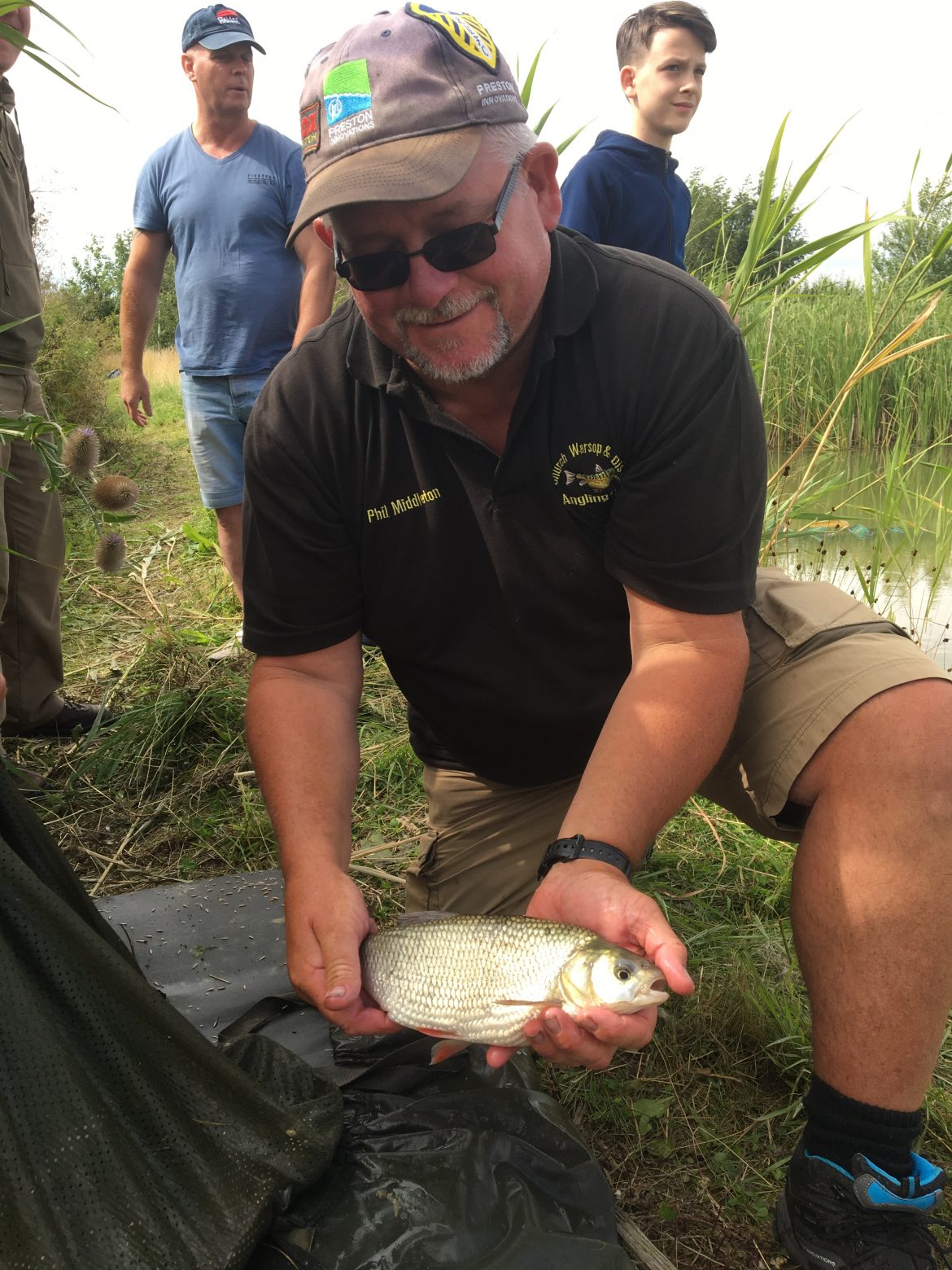 One of the original Barbarians from Barlborough, Phil literally gave us his master class in the art of angling, amassing a very respectful 7lb 4.5oz bag of all silver fish, which is probably one of the hardest earned match weights ever recorded from our lake. Phil fished skilfully keeping the fish coming from start to finish. Phil ‘’The Power’’ for sure!

Well done to all those who took part and supported the memorial match with £47.00 raised on the day which was match generously by Gelder Group.