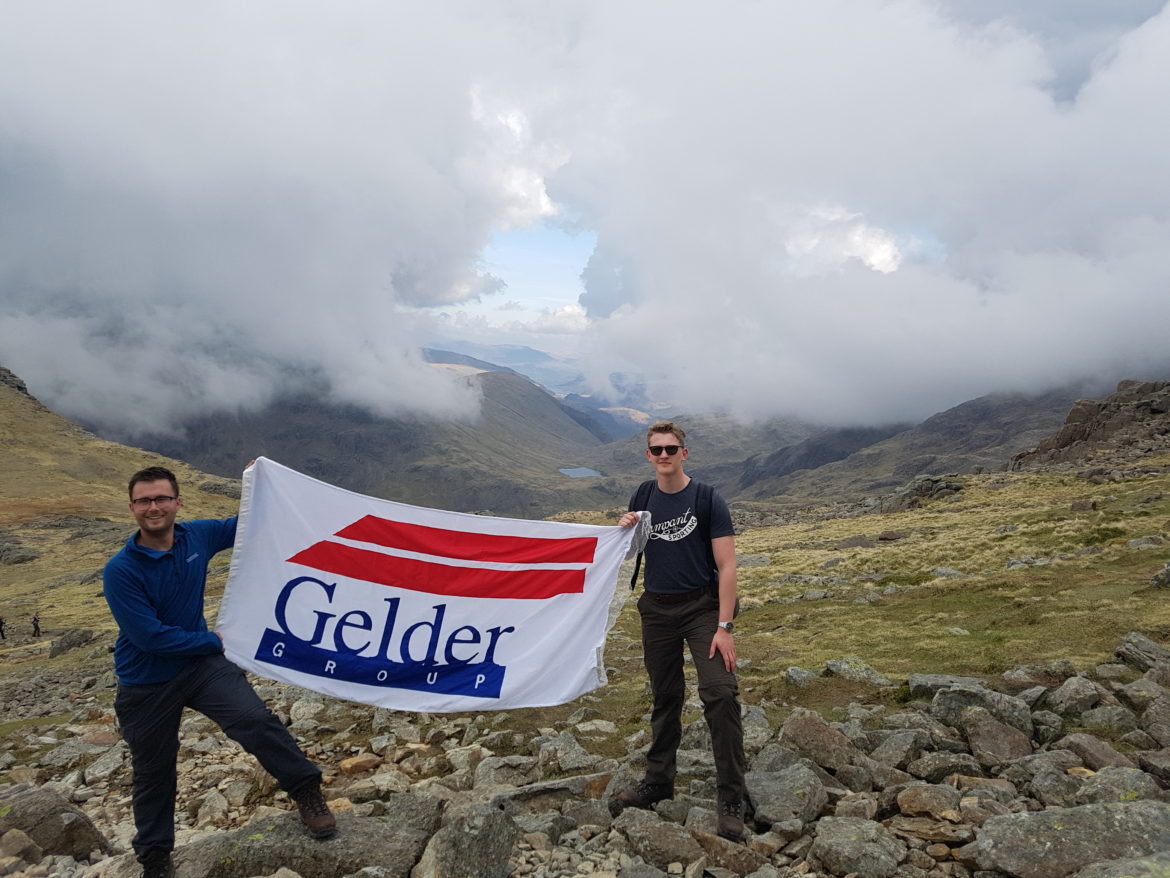 Two Gelder Group employees, an apprentice and his mentor, strapped on their hiking boots to climb the highest mountain in England as part of the Insurance Apprentice Academy; an event that brings together apprentices and their mentors to get to know each other and share best practice.

The primary aim of the climb was to celebrate apprentices in various professions in the insurance industry.

Tom Potter, an apprentice surveyor from Lincoln College in Gelder Group’s insurance department, and his mentor, Joe Kendal, an insurance building surveyor and former apprentice at the company, participated in the four-hour, 978m hike up Scafell Pike in the Lake District to mark the end of the Academy.

Joe, who joined the Lincolnshire-based company in March 2014 as an apprentice before being appointed in his current role, volunteered to mentor Tom earlier this year.

There have been many different workshops as part of the Academy and the climb pulled everyone together to meet and accomplish the same goal. It was a great experience that allowed everyone to interact, share stories and network and I’m really pleased I had the opportunity to accomplish this feat with Tom.

Following Joe’s own pathway into employment with Gelder Group, Tom, who graduates from Lincoln College this month (May), said:

I’ve really enjoyed my apprenticeship at Gelder Group and it was great to top it off with the climb up Scafell Pike, it was a great challenge but great fun. I feel privileged to have been given the opportunity to join the business and learn from such a skilled team, especially Joe who has given me lots of guidance and support.